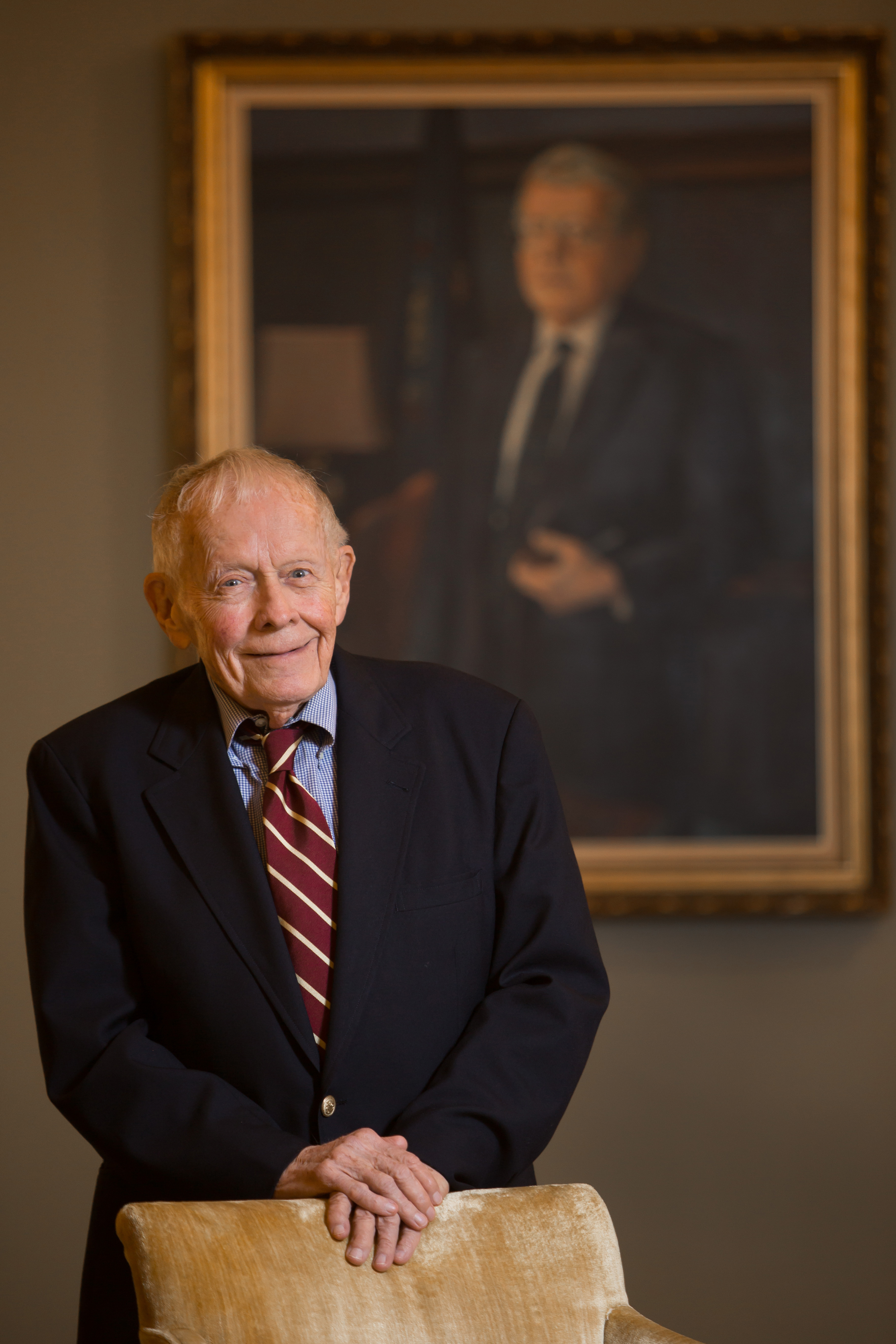 Dr. John Pierce Watkins was a former president of APSCUF and California University of Pennsylvania.
Photo courtesy of Cal U

APSCUF is mourning the loss of past President Dr. John Pierce Watkins, who helmed the organization from 1972 to 1973. He died Jan. 28. Click here to read the former California University of Pennsylvania professor’s obituary.

Watkins led APSCUF during its nascent years as the bargaining agent for faculty members at Pennsylvania’s state-owned colleges and universities. He resigned after his appointment as vice president for academic affairs at what then was California State College. Watkins went on to lead Cal U as its president, from 1977 to 1992, supporting faculty and coaches alike.

“If you have good teachers, you are going to have academic success, and the same holds true for athletics and good coaches,” Watkins, a Cal U graduate himself who was inducted into the university’s Hall of Fame, said. “We have hard-working coaches here who are teachers in a sense and they care about the students.”

APSCUF awarded him its Distinguished Service Award in 1991.

“People ask me all the time to comment on the difference between faculty organization and faculty governance before and after collective bargaining,” Watkins said in an archived APSCUF interview. “And my answer to that is it requires the faculty to understand that for the first time they really do have power and responsibility. … The first contract, I think, was an inspired document. In the years intervening, it’s gotten bigger, but I think that the superstructure of that Red Book, the first contract, remains intact in that collective bargaining agreement. … I simply feel that the collective bargaining agreement negotiated in Pennsylvania was the finest collective bargaining agreement ever negotiated in higher education in this country. And the people who get credit for that, were, of course, the folks on the negotiating team, the members of APSCUF at that time, which had to ratify the contract, and the 14 faculties. … And I think it stood the test of time. I really believe it has. And to have been a part of that, was fascinating for me.”

In 2017, Watkins reflected on his time with APSCUF. View the video, shown at APSCUF’s 80th-anniversary celebration, below:

Have a Watkins memory to add to this post? Email it to qualityeducation@apscuf.org. Please include your name and university.