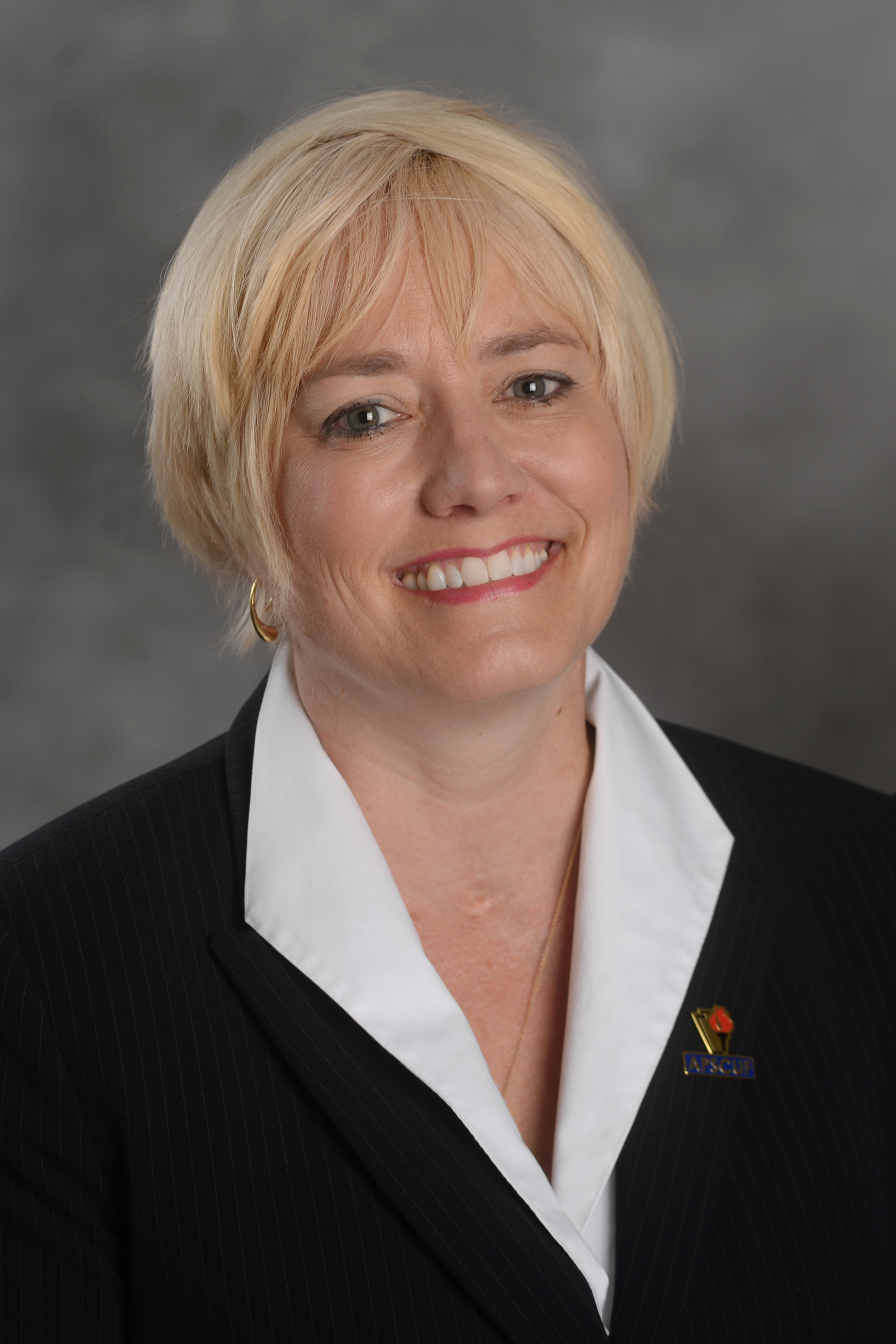 If I had been asked 10 years ago, “Would you ever run for APSCUF President?”, my response would be a resounding “no”! A lot has changed for me in the intervening period. I have always been a member of APSCUF but did not become more actively involved until our youngest son graduated from high school in 2004.

I began serving on a small scale initially, serving as our department representative to IUP’s representative council. I was elected to Legislative Assembly, and it was in this role that I got a glimpse into APSCUF activities at the state level and an understanding of the issues and concerns of my colleagues at the 13 other campuses. After this I was asked (strongly persuaded) to serve as the grievance chair for our campus. I learned a great deal serving in this capacity and learned a lot about our CBA. I also served on the IUP meet and discuss team.

In 2013, I was elected as an Officer-at-Large by the Legislative Assembly and began my service at the state level. In 2014, I was elected Vice-President and have had the pleasure of serving with President Ken Mash since that time. I have had the opportunity to work with the amazing individuals who make up the staff at state APSCUF and have gotten to know many of the office managers. As Vice-President, I have served on state meet and discuss and have, through that committee work, learned in greater detail the issues and concerns at each of the 14 universities.

I have attended meetings with state legislators with President Mash, I have attended fundraisers and rallies with him, and participated in leadership workshops.

The greatest opportunity I have had is to serve on the faculty and coaches negotiations teams for the last two contract negotiations. During my first term on the faculty team, the negotiations grew contentious and resulted in the faculty strike in October 2016. In the most recent round of faculty negotiations, we all learned about interest-based bargaining and the benefits and challenges of that approach. Working with the coaches during their negotiations allowed me to recognize the issues they face, the hard work they do, and their dedication to our student-athletes. I believe that being on these teams, that resulted in four separate contracts, will be helpful in the future.

As I look forward, I can see challenging and hopeful times. We all know what the challenges are: fighting for appropriate state funding for higher education, continuing to bring the issue of student debt to the forefront, combatting the attacks on labor unions as a whole and on APSCUF specifically. We need to monitor the “shenanigans” (and worse) of the administration at all 14 universities and of the State System, while working to improve relationships between APSCUF and management. The financial challenges of the state system and of several of our universities are real, and the current pandemic and the economic impact of it will likely worsen the financial situation.

But there is also hope. We have a strong union that is made up of incredible faculty at all our universities. You make a difference in the lives of every student that you teach and in every student-athlete that you coach. The number of hours that you devote to service in APSCUF is incredibly important. The hard work and support provided by our office managers and state office staff is impressive. All of us working together gives me hope.

Through all my experiences I have learned a great deal — about APSCUF and about myself. I believe that I am well-prepared to serve as your President and would be very honored to do so.

Dr. Jamie Martin began her teaching career in the department of Criminology at Indiana University of Pennsylvania in 1996. During that time, she has taught undergraduate, master’s and doctoral courses. Her areas of interest and expertise include qualitative research methods and the parental stress and institutional adjustment of incarcerated parents. She has presented over 25 papers at professional conferences and has published articles in journals such as the Journal of Criminal Justice Education, The Prison Journal, and the Journal of Offender Rehabilitation. She has served on a wide array of department, college, and university committees and served as the Chair of the National Research Committee for the Inside-Out Prison Exchange Program. She is currently the chairwoman of the department.

Prior to her teaching career, she worked as a juvenile probation officer and as the Director of the Intensive Case Management unit for a local community counseling center.

Jamie has been a proud member of APSCUF since her first days at IUP. She has served on many APSCUF committees at IUP, including as a department representative to representative council, a delegate to legislative assembly, serving as the grievance chair and on Meet and Discuss, and as a member of the IUP Executive Council. At the state level, she has served on the state grievance committee, State Meet and Discuss, as an officer at large, and most recently as Vice President of APSCUF (in her third term). She was a member of the Faculty and Coaches Negotiations Teams in 2015–16 and 2019–20.

She is the proud mother of two sons (and daughters-in-law) and grandmother of one grandson (and one granddaughter on the way). She currently shares her home with two boxers and two parrots, one of whom talks incessantly. Finally, she has been following the stay-at-home order with her husband, Randy.