Delegates begin their day of speakers, reports, and discussion at APSCUF’s legislative assembly, held April 8–9 at the Sheraton Harrisburg Hershey Hotel in the Harrisburg area. It was first in-person assembly since February 2020. Photos/Kathryn Morton 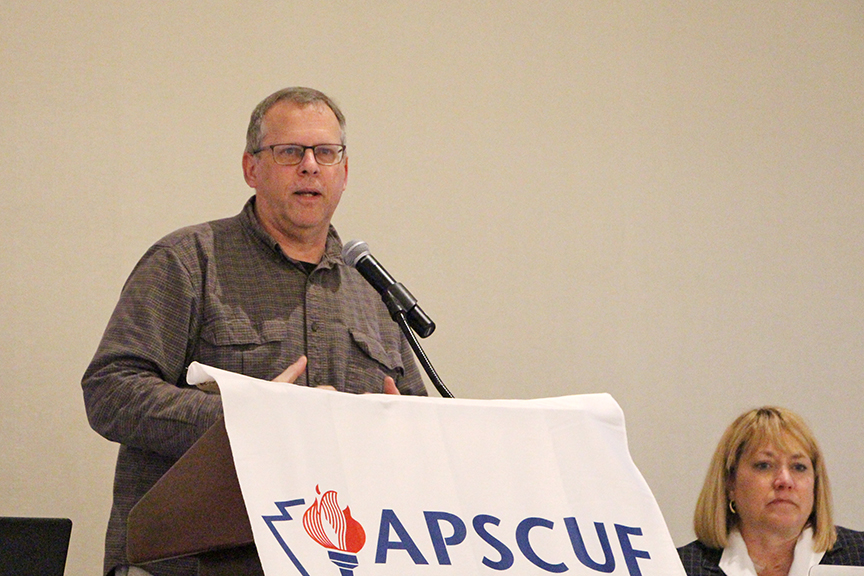 Coach Executive Leader John Gump of Kutztown University, above, updated delegates on the coaches’ issues and discussed how APSCUF has strengthened coaches in the more than two decades since they became part of the union.

At Friday’s awards dinner, APSCUF honored retirees with distinguished service awards and a union leader as a friend of APSCUF. All three awards presentations had been delayed due to the COVID-19 pandemic. 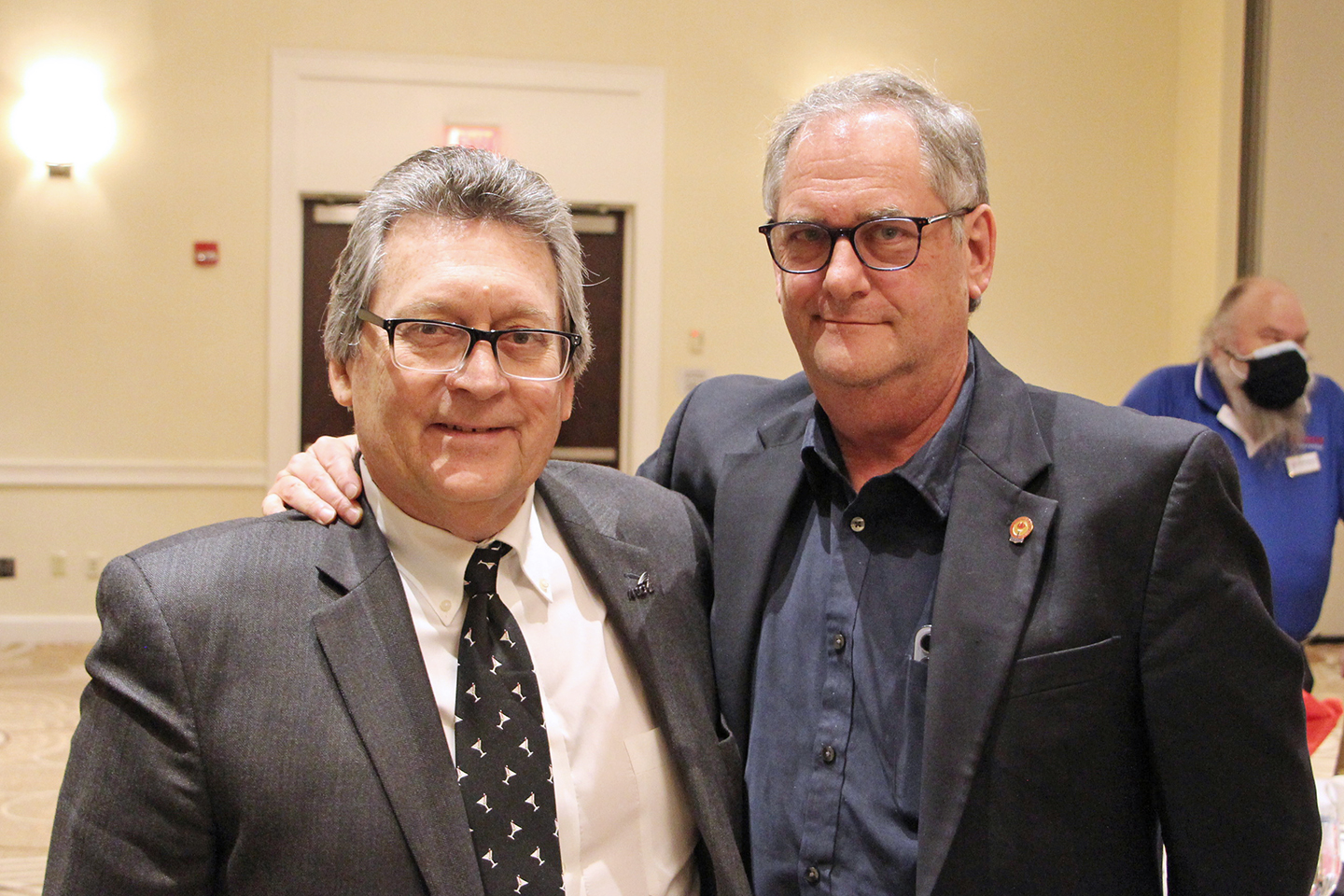 Dr. Kenneth M. Mash, right, introduced David Fillman, executive director of AFSCME Council 13 from 2002 until his retirement in 2021. Both described how the unions have supported one another. 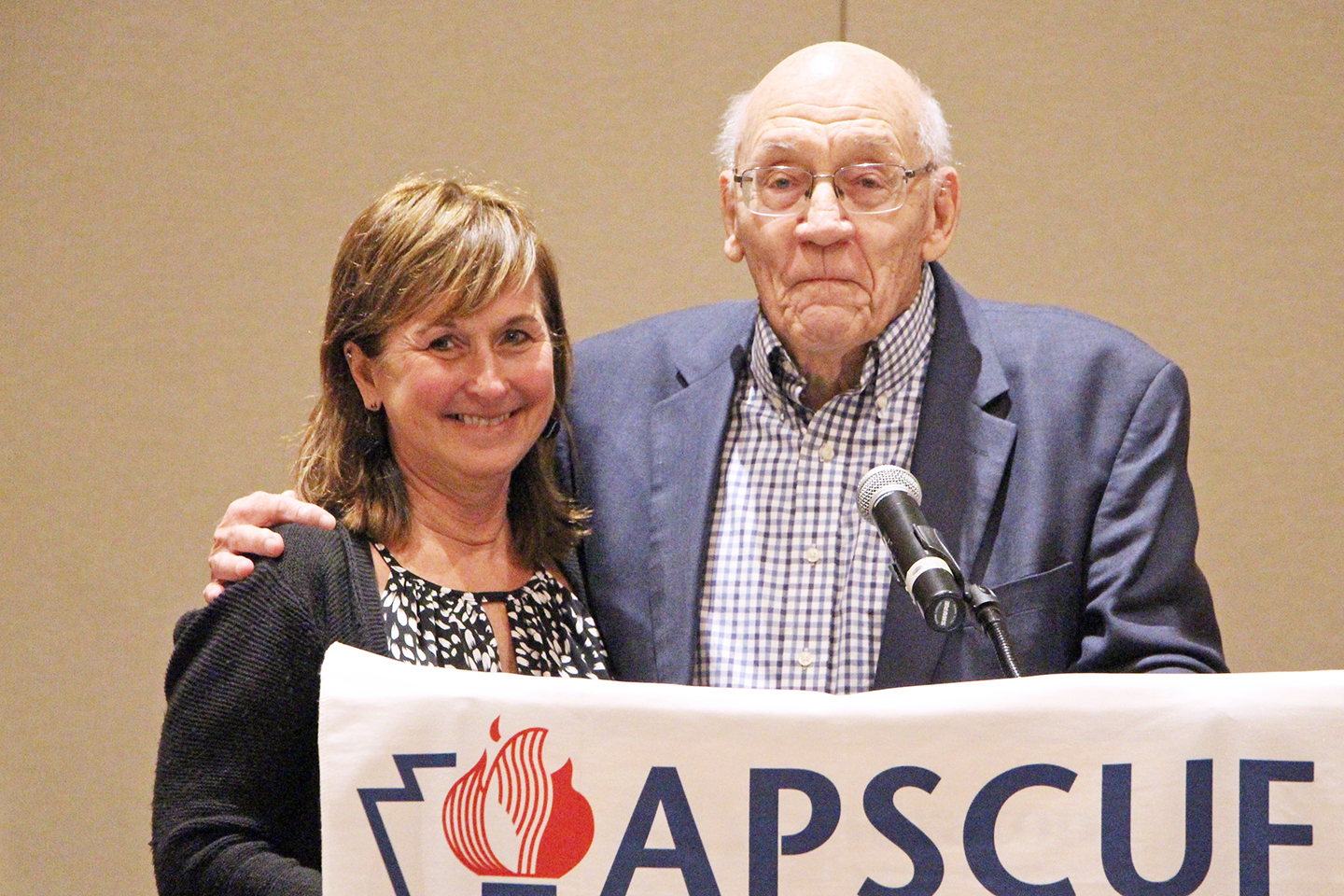 Past APSCUF President Dr. James White, right, spoke about Lisa Demko, retired executive secretary, honored for distinguished service on APSCUF’s staff. She described how APSCUF evolved and diversified throughout her more than 30 years with the union. 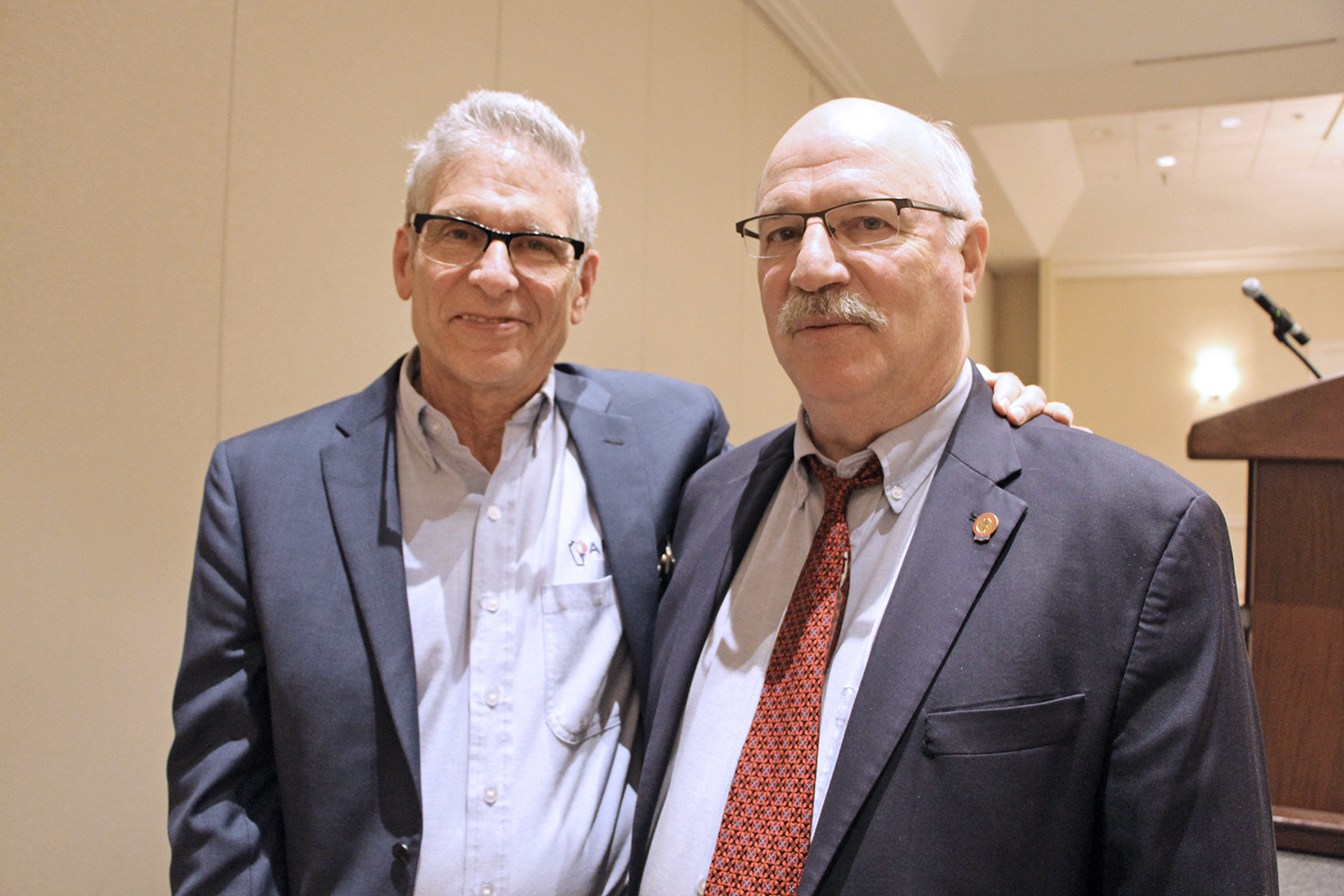 Past APSCUF President Dr. Steve Hicks, right, introduced Dr. Allan Benn, retired from East Stroudsburg University, who was honored for his distinguished service. Benn shared advocacy and negotiations stories from throughout this time with the union. 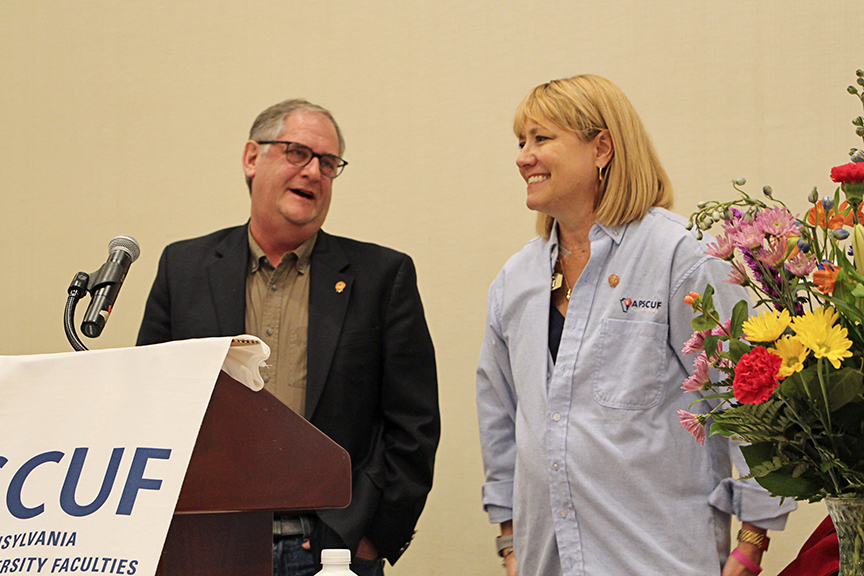