Matt Girton has applied his background in organizational communication and conflict management to various roles in APSCUF — from strike council to negotiations committee, and now to the executive council as an officer-at-large. Girton said he understands the problems facing Pennsylvania’s State System of Higher Education, and he is ready to tackle them. 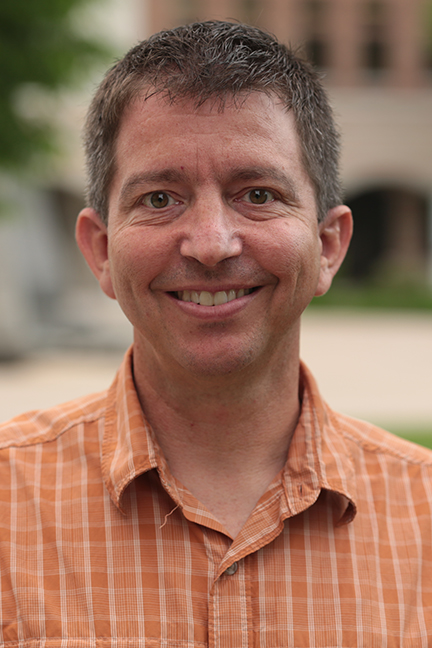 “You cannot cut your way out of a structural deficit,” he said. “It will not affect every school equally. That is the challenge going forward.”

“If you can understand some superordinate interest, the end result is something that both parties can buy into,” he said. “If what it comes down to is competition, you get what you’ve gotten in previous years. The process will break down if one or both parties believe that their interests aren’t being taken into consideration.”

Girton began his career as an adjunct professor for Shippensburg University before transferring to Lock Haven University and beginning a tenure track. He became a member of the chapter’s executive council, before serving as chapter president from 2017 to 2019. Girton worked toward greater involvement in APSCUF from the beginning.

“It is hard to get into committees,” he said, “but I pestered Steve Hicks (then chapter president), and he was good about getting me involved.”

Hicks, also a past State APSCUF president, regarded Girton as having qualities that illustrated his potential.

“Matt was a fairly new, young faculty member,” Hicks said. “But he was enthusiastic. He was clearly unafraid of getting involved. On top of that, he was not shy about speaking and had things to say.

“Of course, as a chapter leader, one is always looking for new talent — the next generation, if you will. And he looked like that. That he would someday be chapter president and then on state exec council, well, I wouldn’t have been surprised.”

In entering his new position, Girton said he feels his experience and the union’s previous success have prepared him for his current role.

“This is one of the most challenging times that I’ve ever been in, and I’ve been in the strike.” he said. “There was a concern then in terms of how unified we would be. And we answered that definitively. Hopefully that still resonates with the officer of the chancellor.”

Girton said he finds inspiration from his parents and his wife, Joanette.

“My heroes are the people that I am closest to,” Girton said. “I have parents that are truly remarkable. I point to those two individuals, in addition to my wife. She is self-made, somebody who came up and educated herself through her own initiative.”

Girton said he likes to play tennis and run to stay active. He also loves to travel with his wife, who works in the travel industry. Girton is also a tenor saxophonist who has played in the Rose Bowl and appeared in the movie “Naked Gun” as a marching-band member.

“At the end of the movie, you can see the top of my head for a brief moment,” Girton said of his cameo in the film. Girton resides in Lock Haven with his wife.