Remarks to the Board of Governors

Here are copies of Steve and Ken’s remarks today to the PASSHE Board of Governors.  This quarterly meeting (usually in July) is the one where the Board sets the next academic year’s tuition.

Thank you, Mr Chair, for this opportunity to speak and congratulations on your recent election.  You step into a line of large footprints to follow.

I am here today for my annual message with my annual plea.  For those of you who have been here the previous three years, you will recognize the same plaintive voice and many of the same, hard facts.

You need to raise tuition and you need to raise it to a level where these presidents can return to their campuses and unleash the power of their personnel and provide our students with the quality education that Act 188 mandates for us.

You worry about how tuition increases will harm students; so do I.  I have spent all spring lobbying to turn around the Governor’s destructive budget proposal, speaking many times on the Capitol steps, pleading for the legislature to listen.  Then lobbying the Senate to provide more than the House’s better, but still damaging, proposal.  I have talked again and again to students who have said that a significant tuition increase will make returning difficult, if not impossible.  But PHEAA has changed their rules in the last week so our students can receive more aid, so maybe those worried about not coming back will be helped, as they should be.

You have done a great job the last six years on tuition, to the point of arguably starving the universities.  We have the lowest tuition increases in the country for a public system over that time, and have gone from above the national average in tuition to below it by some $600.  Compared to our regional competition, our tuition is $2600 below their average.  And our nearby competitor’s tuition is more than double ours.

We are the lowest cost alternative.  But we can’t be the lowest quality.  Not raising tuition to fill this gap will mean empty classrooms — ask these presidents, all of whom have faculty contracts and empty classrooms contingent on your decision today.  You signed onto the Lumina degree goal program at your last meeting; not filling those classrooms will make it harder for students to graduate.

And we don’t have the facilities to expand class size much more.  And no one thinks constant expansion of class size doesn’t diminish the education we provide.  There’s a limit to that if we want to maintain our quality mandate.

So, please, today, provide full funding.  In two weeks Penn State will announce a dollar increase that will probably dwarf what you do today, making it even less affordable to Commonwealth families.  So, again, I plead, vote for an increase that fills most of the $90 million the legislature left out. 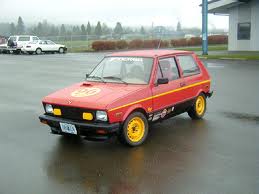 I speak to you under the most conflicting of circumstances, which are made better only with the slight solace that the System’s finances could have been much worse if not for the efforts of our friends in the legislature and members of this body and the hard work actions of our students, my colleagues, and the staff at my organization and those at the State System.

Having personally worked as a student leader to fight against tuition increases at my alma mater, I find it very difficult to stand here today and ask for any tuition increase, let alone a sizeable one (at least by PASSHE standards).   This is a sentiment I know is shared by my faculty and coach colleagues across the system.

However, Act 188 makes clear that PASSHE’s “shall be to provide high quality education at the lowest possible cost to the students.”  This Board has worked hard to maintain the latter of those twin goals, and it has succeeded at keeping PASSHE’s tuition remarkably low, even as other Universities in the Commonwealth have not followed suit.  The Office of the Chancellor has worked hard to look for areas to reduce costs.  Our presidents and everyone at our Universities have risen to the challenge, seeking to preserve “high quality” while repeatedly reducing expenditures.

However, in recent years, as enrollment has increased while state funds have decreased, there has been significant cost.  Educational opportunities have diminished, co-curricular activities have been evaporating, people who have devoted their lives to serving students have been retrenched, and class sizes continue to grow, often at an alarming rate.

We have reached a point where it would be hard for anyone to say with a straight face that we would be capable of providing the same “high quality” education we have provided to alumni should there not be a rational increase to revenue.  Efficiency has reached its pinnacle; the budget axe has simply hit bone.

Our students deserve the same “high quality education” we provided to their fellow citizens.  They deserve the same type of education that each member of the Board received when they attended college.  We owe it to the Commonwealth’s future to deliver the type of education that will allow all of our citizens to blossom.  We simply cannot promise our students a Cadillac and deliver them a Yugo.

Nobody revels at the idea of raising the cost of higher education.  Nobody.  Fortunately, as Chancellor Cavanaugh reported yesterday, grants to eligible students will increase in the upcoming year.  You face a tough decision, but our students’ futures and the Commonwealth’s future depends on the System being able to deliver a “high quality” education to serve its very purpose.  The ramifications of a failure to meet our Universities’ operational needs are, simply, too stark.  We all look to you to make the only rational and responsible decision given the circumstances that have been laid in your collective laps.

Some coverage from statewide media:

For some national perspective, Inside Higher Ed wrote today on how state budgets have impacted public higher education funding across the country, and CNNMoney covered tuition hikes in states including Arizona, California, Pennsylvania and Florida.