Role of a life: Theater professor donates part of liver to Clarion graduate

Marilouise Michel was scrolling through her Facebook feed early this year when a Clarion University graduate’s post leapt out at her.

Stevette Wano Rosen’s friend, a fellow Clarion graduate, needed a new liver. The donor must have a matching blood type and be able to take four to six weeks off work. Michel, a theater professor at Clarion, met both criteria.

“This has always been something that’s been an interest of mine,” she said of organ donation. Her father was a surgeon, and her cousin had a kidney transplant, among other inspirations.

Michel wrote to Rosen for details and learned about Tammy Pawlak, who had been in a coma and has an 8-year-old daughter.

“I was sitting in my office in the university, and I took a deep breath, and I typed, ‘I’m O positive,’” Michel said. “Everything from there was in capital letters.”

The exchange triggered a whirlwind of meetings, testing (including 43 vials of blood drawn), and paperwork. For privacy reasons, doctors did not introduce Michel and Pawlak, but the two chose to meet in Maryland.

“We tried to be really mutually supportive through the whole thing,” Michel said. “Because (Tammy) was a student, she almost feels like a distant relative. I’ve been at Clarion 27 years, so it feels like she’s a part of my family.”

Rosen echoed the feeling of kinship.

“I was absolutely blown away — relieved but not surprised because of Mel’s personality and all of our passion for Clarion University,” Rosen said. “You just become a family.”

The donation process culminated June 6, when Michel underwent a multi-hour surgery at the University of Maryland Medical Center. When it was over, she’d given 60 percent of her liver to someone she’d known a few months. Her souvenir: a 36-staple “shark bite,” as she calls it, winding across her abdomen. 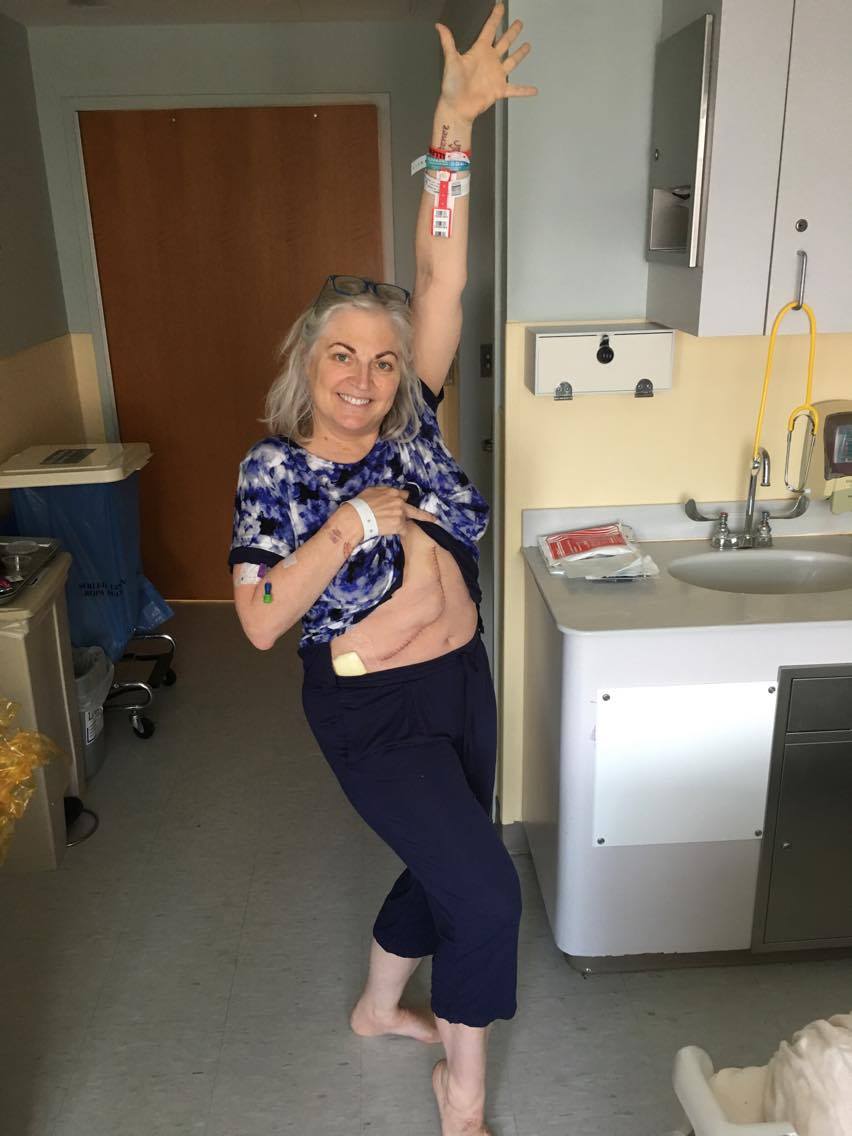 Marilouise Michel, a theater professor at Clarion University, shows off her “shark bite,” after donating part of her liver to a Clarion graduate. Photo courtesy of Marilouise Michel

“I really feel like it’s not something I do,” she said. “It’s something doctors do, but they can’t do it without the ingredients — almost like a chef making a fabulous cake. I’m able to supply the ingredient to do this wonderful thing for this person.”

The recipe required some preparation: Michel followed a strict diet when she was concerned about one of her test results, and she cut alcohol in April.

“I did spend a lot of time dreaming about pizza and beer,” she said with a laugh. Her doctors cleared her to drink moderately eight weeks after surgery, and she had her first post-donation beer in early August.

“I was doing yoga poses on the gurney (in the preparation room),” she said, because she knew some positions would be off-limits for a few weeks after the procedure.

She’s had no complications so far and planned a summer of sailing and “gentle camping in the woods away from doctors and needles,” she said. At an appointment in early August, Michel saw MRI images that showed her liver regeneration was “pretty much done now,” she said.

Collaboration was another critical ingredient, Michel said. She cited her family, her aerobics class that donated restaurant gift cards to her family, in-laws in Maryland who provided accommodations when she was in Baltimore for appointments, supportive colleagues, and friends.

“It was a real team effort,” she said. “I just happened to be the person who got cut open.”

A comfort to Michel throughout the process was the knowledge that she was not obligated to donate, she said. It was her choice.

“I was constantly checking in with myself and my liver, asking ‘are you OK with this?’” she said.

Pawlak was relieved the transplant went as smoothly as it did, she said from her home in Maryland. Her recovery has been slower than Michel’s, but she’s thinking positively, she said. 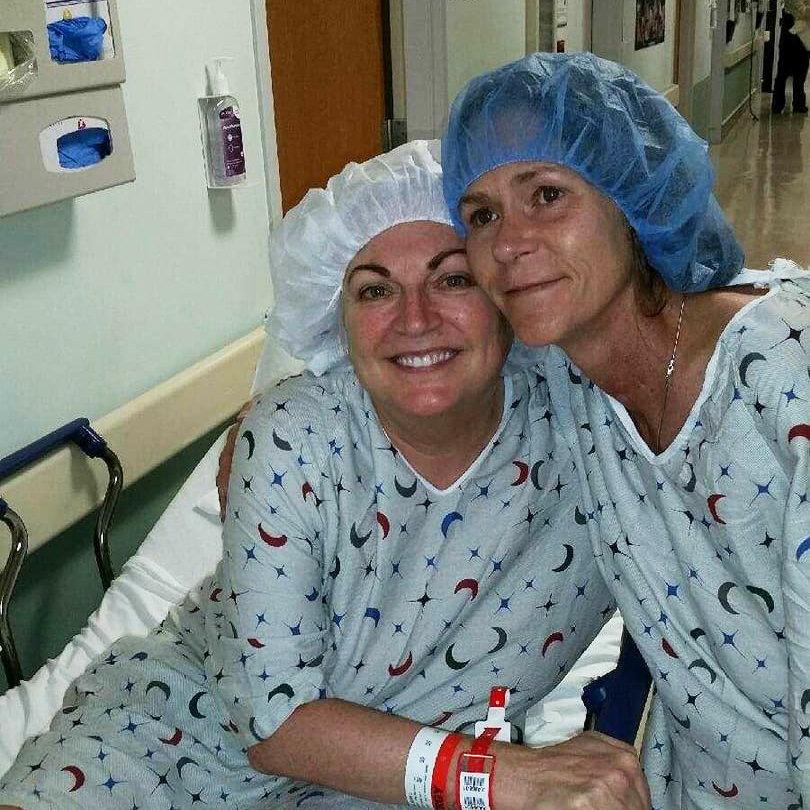 The healthier she becomes, the closer Pawlak is to a trip to Clarion, where she has family — and friends.

“Clarion brought us all together,” Pawlak said. “I’ll forever be grateful for Stevette and Mel.”

“So many people are waiting for livers, and you have to be so sick to be at the top of the list to get deceased donors,” Michel explained. “There’s a much better success rate with living donors.”

Michel has plans to make that success possible for others.

“My biggest contribution will be with my mouth … demystifying the process,” she said. “I think it’s the unknown that’s scary. If you can talk to somebody that’s been through it, maybe that can help people. I’m an educator. Knowledge is power. The more I can help people understand the process, the more other people can help people, too.”

Helping can be as simple as opting to be an organ donor on one’s license or giving blood, something Michel does regularly, she said.

“I could go to sleep and let somebody cut a hole in me and cut out part of my liver,” she said. “I don’t think it makes me a great hero because I think everybody has what they can do. I wish I could save lives every day. I help kids hopefully pursue their dreams. This is a way that I could help Tammy pursue her dream of being a mom.”