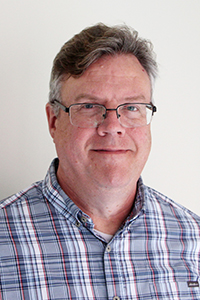 “My time as treasurer has been great so far,” Stewart said. “I have gotten to know the State staff pretty well, so it has been a great experience.”

Stewart’s responsibilities include presenting the treasurer’s report at executive-council meetings and legislative assembly, preparing the annual budget, and approving expenses.

Stewart’s involvement in APSCUF sparked after observing his parents as Shippensburg University faculty, and later graduating from Shippensburg with a master’s degree.

“I wanted to be involved and make sure I keep learning about APSCUF,” Stewart said. “I wasn’t sure what opportunities were there, but I wanted to step up and see how I can contribute.”

He plans to incorporate leadership skills from his previous APSCUF positions into his position as treasurer, including maintaining accessibility for those with questions or concerns.

“I plan to keep that up in this new role,” Stewart said.