APSCUF summer intern: Work for a union that’s working for you

From busy state budget meetings at the Capitol to trips across the state, my summer was filled with new experiences as an APSCUF intern.

The varying degree of work I was able to complete while at APSCUF provided me with an insider view of state politics and union work. This internship was ideal for me because of the dual role I was able to play at the union, both with the communications director and government-relations director. 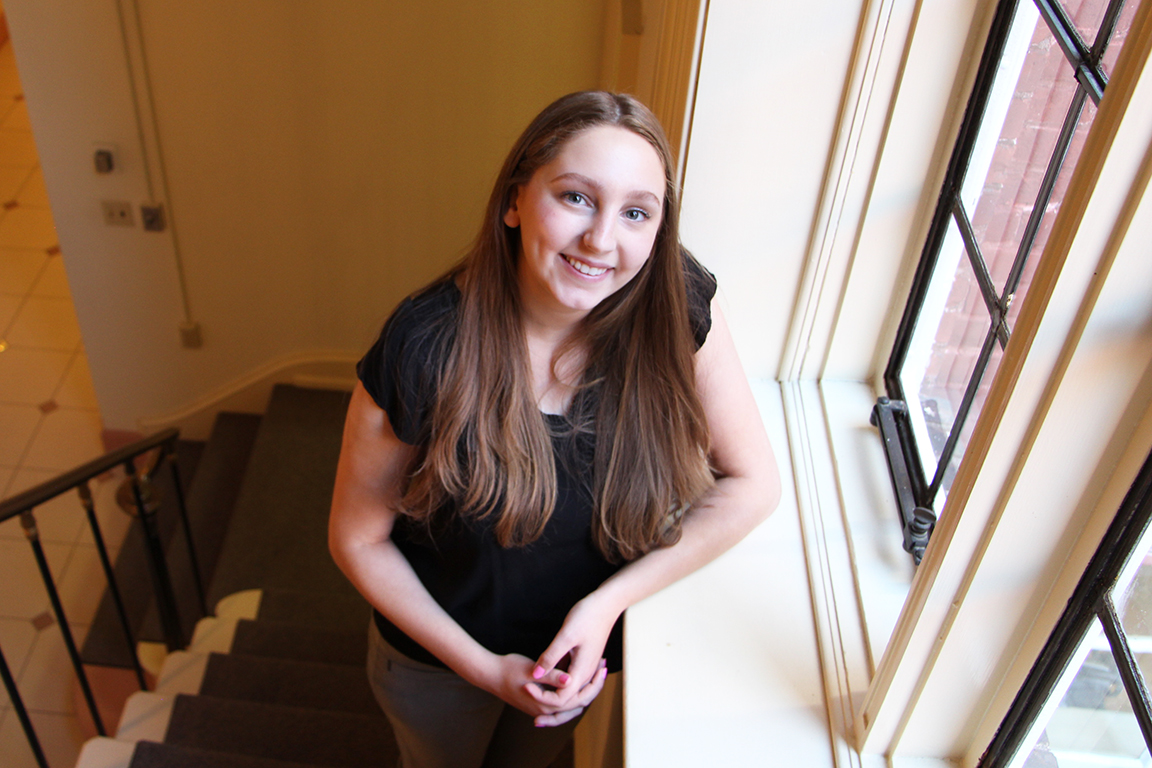 While working alongside the communications director, Kathryn Morton, I learned the intricacies of public relations and the diverse range of responsibilities within the communications field. The tasks I completed for her varied from social-media content creation to website maintenance to writing blog posts about members. It became clear to me that Kathryn wore many hats, and I was happy to glimpse into the varying roles she had to juggle.

Most notably, I was able to interview two faculty members about their work and ties to APSCUF. Shifting from my familiar writing style for research papers to a journalistic style was challenging at first, but the advice and guidance I received from Kathryn was helpful beyond measure. I was also able to travel to several universities while APSCUF filmed a new commercial. Meeting with faculty members from across the state was always enjoyable, as I listened to them passionately talk about their universities and union.

While working with Sean Crampsie, the government-relations director, I was able to tour the Capitol and learn about the varied nuances of state politics. Though it seemed to me that Sean knew every single person in the building, he assured me that was not the case and it took him practice and dedication to improve upon his relationships with legislators and lobbyists. As we skirted from one meeting to the next, we would occasionally stop to watch a rally on the Rotunda steps (as they happen almost continuously while in session). During the slower periods of the day, we would also walk around, and Sean would introduce me to a myriad of other lobbyists and staffers he had added to his Rolodex over the years. If you are not in tune with state politics prior to this internship, you will be afterward — and enjoyably so.

Once budget season was over, work began promptly to plan for the upcoming fall. One of the major projects involved the newly created House student-debt caucus. I helped cycle through thousands of consumer-loan complaints filed with the Consumer Financial Protection Bureau in Pennsylvania. The project aimed to enhance and elevate the discussion around student-loan debt in Pennsylvania by providing personal narratives from actual people. While the project was time-consuming, I felt the work to be important and enlightening, as someone about to graduate with debt. I hope the work I did over the summer will aid APSCUF and the student-debt caucus in their efforts moving forward.

It was especially impactful to work for a union dedicated to public higher education and the students of Pennsylvania. I was able to see firsthand the level of dedication the APSCUF president and state staff put toward their members and students. I would like to personally thank Kathryn and Sean for their advice and encouragement throughout the summer as well as Dr. Mash and the staff for welcoming me.

I highly encourage other students across the State System to apply for an APSCUF internship, as it affords you the opportunity to work for a union that is truly working for your benefit as a student.