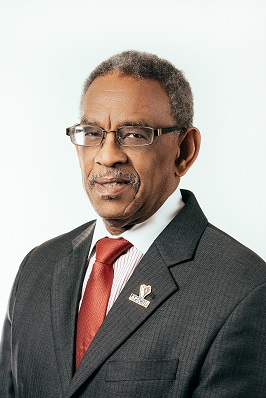 Burrell’s contributions to California University of Pennsylvania, where he taught since 1989 as a professor of Business and Economics, are unquantifiable. He was described by his students as a down-to-earth instructor who would always do everything in his power to help, and his colleagues routinely described him as a man who cared enormously about his students. As both a professor and a Department Chair, Dr. Brown was known for his feverish work ethic and his strong sense of commitment. In every sense of the word, he was a leader.

The epitome of a union stalwart, Burrell’s tireless involvement with APSCUF included serving on four negotiation teams, chairing the Health Care Cost Containment Committee, serving as statewide Vice President, and — most recently — serving as Faculty Officer-at-Large for the Executive Council and chair of the personnel committee. Over the last several months, he had taken on working with faculty at Cheyney University, which he visited frequently, to assist our faculty with the many complex issues on that campus.  A visit from Dr. Brown to the State APSCUF Office was always appreciated by his colleagues and APSCUF staff. Though always hard at work — often seen writing fervently before a meeting even began — he easily built a feeling of camaraderie with all who worked with him. In all he did, his caring, his devotion, and his integrity burned brightly.

“He was the kind of person you could call friend, and you’d know he’d be there to have your back at any time,” said Bill Chabala, Burrell’s friend and fellow negotiations team member. “He was extremely thoughtful and extremely optimistic. Even when faced with challenges, he could keep people calm, analyze a situation, and come up with a win-win.”

Burrell’s other achievements were just as great — if not greater — than those within academia. He was very passionate about civil rights, heavily involved with a number of organizations dedicated to the success of African-Americans. These accomplishments included serving for 20 years on the Legal Counsel to the Pennsylvania State NAACP, and being a founding member of the National Black MBA’s Pittsburgh chapter. Burrell helped found the Homer S. Brown Law Association, an organization dedicated to formulating goals for African-American lawyers, law students, and the community at large. He also served as President for all three of these organizations.

Other organizations of which he was a member included the Governor Advisory Commission on African American Affairs and the Interbranch Commission on Gender, Racial, and Ethnic Fairness, on which he served as Chair.

His ceaseless work and achievement both in the academic field and outside of it won Burrell numerous awards, some of which included the Pennsylvania NAACP President Service Award, the California University Award for Distinguished Service, and recognition in Who’s Who in America. Though these accolades were deserved, it was Dr. Brown’s tireless passion for teaching, as well as writing and speaking on diversity, which motivated him to attain such success.

The loss of a man with the character, spirit, and heart of Burrell Brown is an enormous loss to the organizations and communities of which he will always remain a part. The basis of a union is solidarity, to come together and stand strong in the face of immense hardship. Truly, this loss is the greatest hardship we at APSCUF could face. We will stand strong together, union brothers and sisters, colleagues and friends, and we will remember fondly and be motivated by the life and accomplishments of Professor Burrell Brown.