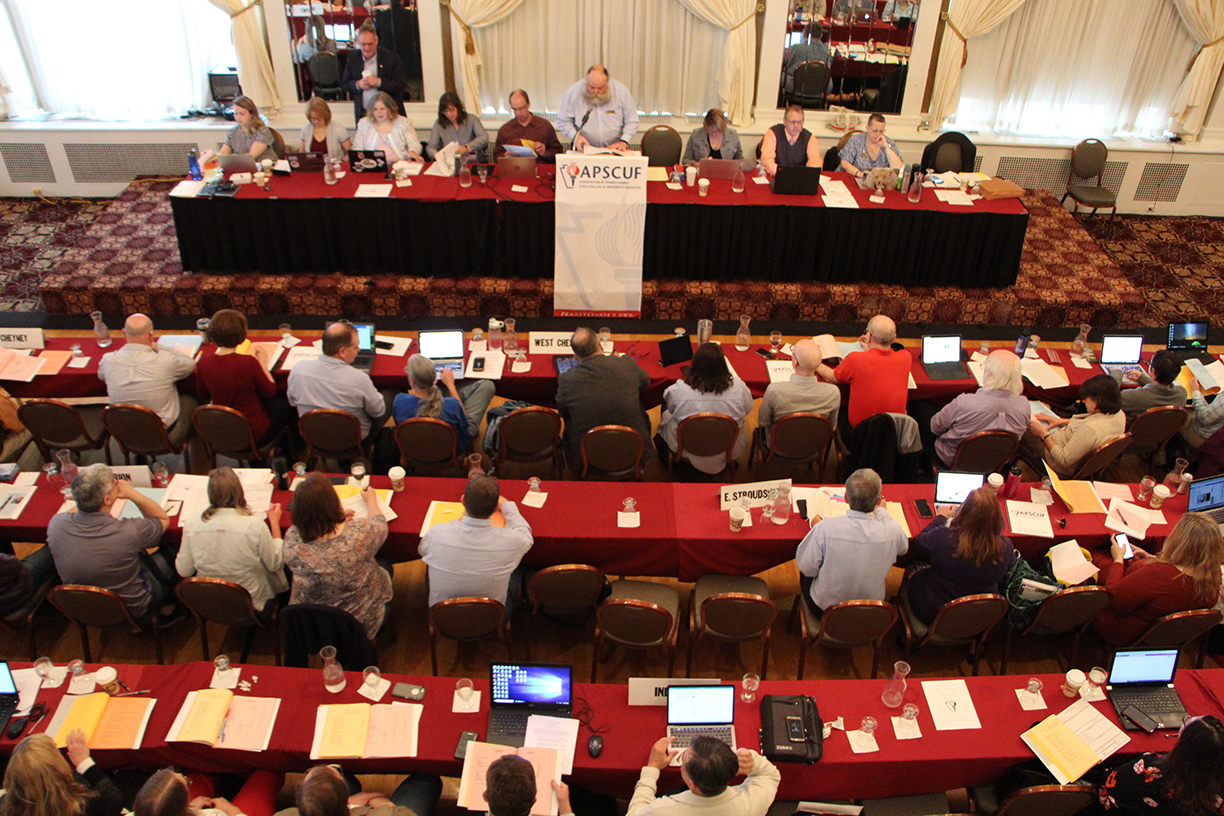 APSCUF delegates elected officers-at-large and continued the process of enacting a phased-retirement side-letter for faculty members during its 197th legislative assembly, April 26–27 in Williamsport.

The legislative assembly voted to send the side-letter (login required) to the membership for ratification with a positive recommendation that it be ratified. With semesters over or nearly concluded across the 14 campuses, delegates also voted to conduct the election electronically.

This little union punches beyond its weight class, setting the standard that other unions try to replicate, Mash told delegates at the conclusion of the two-day assembly. Members’ work and solidarity make a difference, he said.