Only one APSCUF member who has been active since the group became a union in 1973 remains a part of the organization today. Randy Jesick began teaching journalism at Indiana University in 1969, at which point APSCUF was a professional association, and Pennsylvania professors had no union representation. 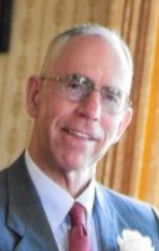 “I think everybody was excited about finally having an organization, a union to represent them and give them a stronger voice, in the curriculum especially,” he said. “I was really pleased once the union was a fact of life.”

Before Jesick was an APSCUF member, he had been a professor for four years, and previous to that he hadn’t had aspirations for teaching at all. Jesick worked in public relations for IUP before professors David Truby and Craig Swauger asked him to join a new journalism major in the works for IUP’s English department. Jesick decided to give it a shot, and he began looking for ways to prepare for his new job.

“I contacted professors around the country to seek their advice,” he said. “The best thing I did though was interview 12 or so IUP students at the time and asked them, ‘Who is the best professor you’ve had? Why did you feel that way?’”

Jesick described overcoming the nerves he experienced during his first semester.

“Sometimes I thought, ‘I shouldn’t be here,’ but there were other classes where the conversations flowed back and forth, and I came out of the classroom floating,” he said. “For whatever reason, we got though that semester, and I knew then that this was what I wanted to do.”

Being a part of APSCUF provided Jesick with additional benefits, and he stressed the sense of security behind having them.

“I was just so pleased with all the benefits the union was able to achieve — not just the salary, which is very competitive with most state systems, but even things like, for example, all four of my kids had braces and that was covered,” he said.

Jesick comes from a family that knows the value of a union — and collective action. His father, Maynard Jesick, was a steel worker who took part in the United Steelworkers of America’s steel strike of 1959. When Jesick, knowing what his father went through, took part in the 2016 APSCUF strike, he was pleased with how quickly it was resolved.

“When it lasted only three days, it really hit home because I remembered my father had to take side jobs painting,” he said.

Jesick described teaching as “a calling,” and said that it is “ultimately for the benefit of the student.” Now, thanks to his decision to teach, he has influenced the lives of thousands of students, including Michele Papake, associate professor and chairperson of IUP’s journalism and public-relations department, who has known Jesick since she was a student more than 30 years ago.

“Randy was one of my professors when I attended IUP as an undergraduate in the late ’80s,” she said. “He is as rigorous and as passionate a professor today as he was back then. He is an amazing mentor, colleague and friend. He has helped to shape me into the professor I am today, and I’m proud to know him.”