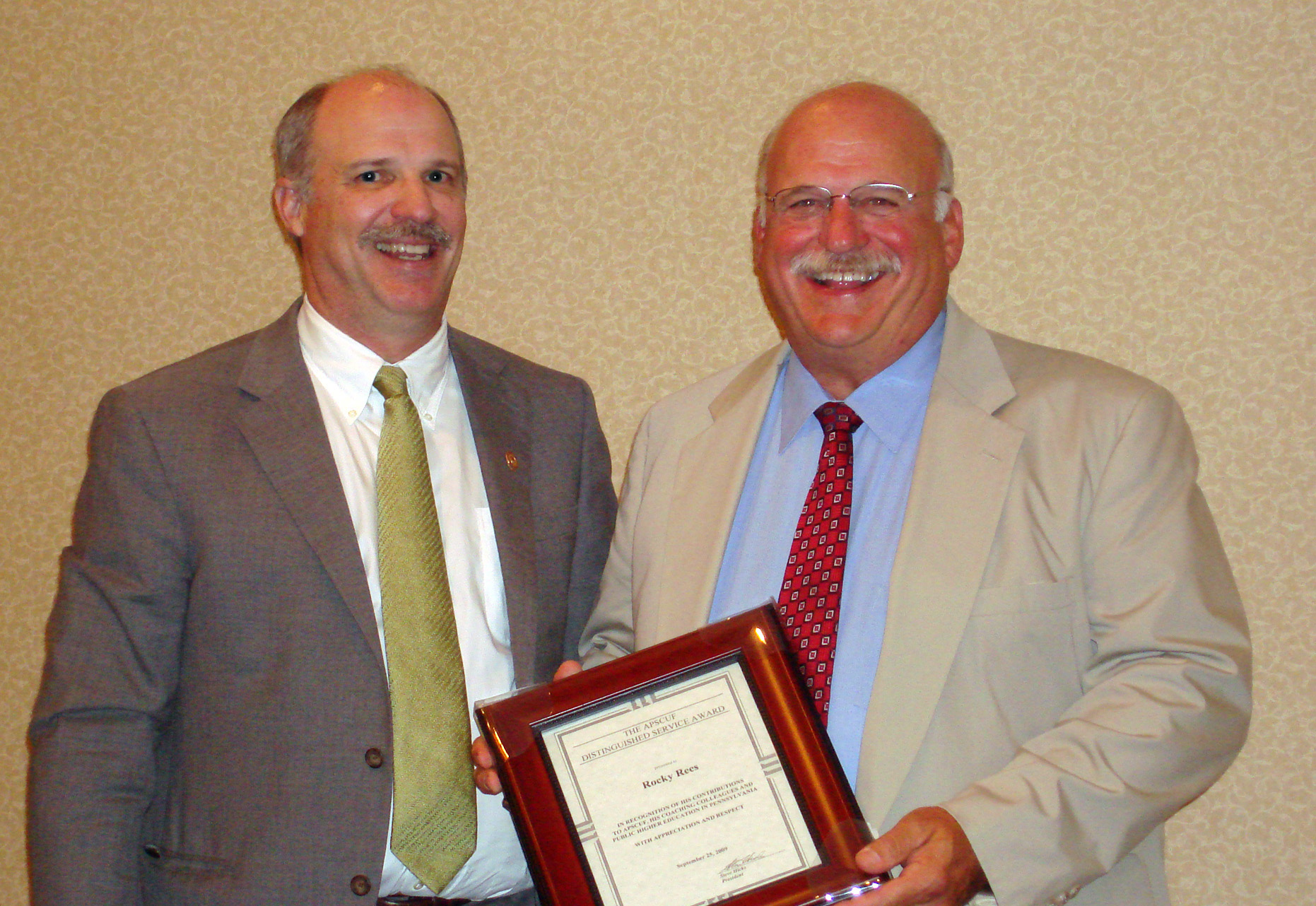 Tributes to the late Shippensburg Coach William “Rocky” Rees have detailed his accomplishments on the field and his influence on football players. Rees, who passed away in December, was part of APSCUF’s team, too, and his union sisters and brothers reminisced about his importance to them and the organization.

Past Coach Executive Leader Keith White met Rees as APSCUF was welcoming coaches into the union.

“We both had strong opinions on how to structure the union in its early stages,” White said. “Our two ideas were complete opposite of each other, and neither of us wanted to give. The meeting, when we met each other for the first time in person, was the day before Shippensburg played at Millersville in football. Rocky came to my office at Millersville the day before the game, and four hours later we had a starting point to begin the infancy steps toward an agreement that all coaches in all sports could support.” 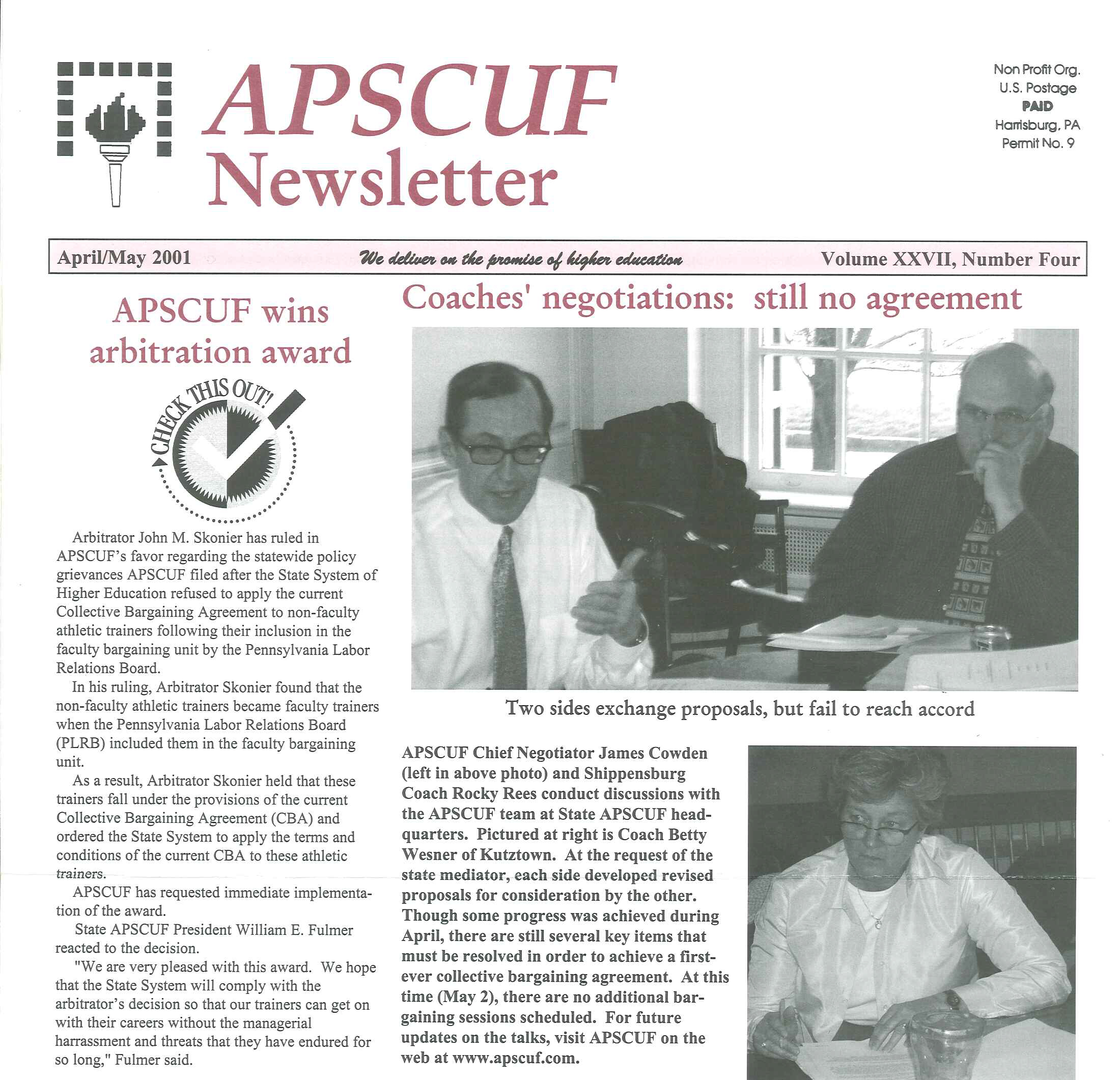 “He was fair and brought good perspective to the difficult task of writing from scratch a new collective bargaining agreement,” White said. “That agreement is still the basis for what the PA State System abides by today. All (Pennsylvania State Athletic Conference) coaches in the past, present, and future owe Rocky for his selflessness into forming the APSCUF coaches (bargaining unit).”

“The biggest thing is his loyalty,” she said of Rees. “He was very loyal to his fellow colleagues — and I’m not only talking about Shippensburg people — but throughout the whole State System.”

And he treated all sports equally, she said.

“He just loved his ice cream … ” Wesner said. “When we were out to dinner after negotiating all day, that was his big thing in life.”

Mayer had experience negotiating the faculty collective bargaining agreement, so he served with Rees on the first coaches’ negotiation team. His relationship with his Shippensburg colleague grew through the experience, during which Mayer spent a lot of time in Rees’ office, he recalled.

“We all had a great deal of respect for Rocky,” Mayer said. “What impressed me was how much he cared about his fellow coaches — in particular the younger, assistant coaches. He really wanted to make sure the jobs were protected as much as they could … We were able to go to the table and say the coaches were in charge of their own destiny.”

“Once you befriend a coach, you have a friend for life,” he said.

Deirdre Kane, who retired from coaching at West Chester University, was one such friend. She, too, worked with Rees on the first coaches’ contract.

“After each contract, I tried to bow out gracefully, but some football coach, sort of a big guy I recall, bullied me into to staying for one more contract!” she shared from an email she wrote to Rees a week before he passed.

She shared the lessons learned from Rees, too.

“You taught me that taking care of our fellow coaches was more important than any athletic contest,” Kane wrote. “No game was as important as our colleagues being treated with respect and paid a fair wage. You made me look outside of the selfish microcosm that we, as coaches, often times allowed to swallow us. Realizing this gave me a sense of purpose even more so than coaching did. I also tried to pass this on to my players. I feel they were better for that knowledge, I know I was.”