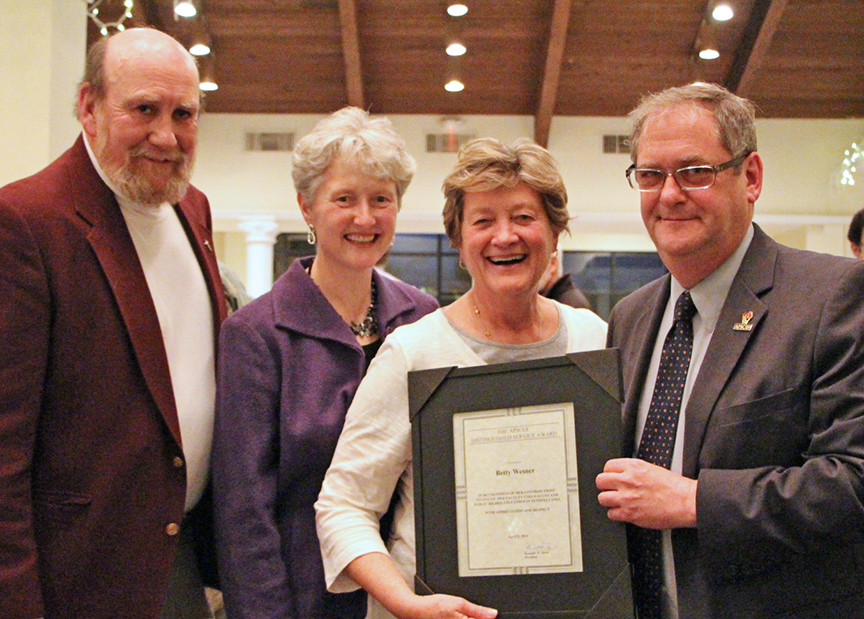 Betty Wesner won APSCUF’s Distinguished Service Award — which is given to members who voluntarily contribute their time and skills to the functions of APSCUF at the statewide level — at the organization’s legislative assembly in State College last week.

Wesner is retired from Kutztown University, where she was field hockey coach. Click here to read more about her.