New State parliamentarian shares why he took the job 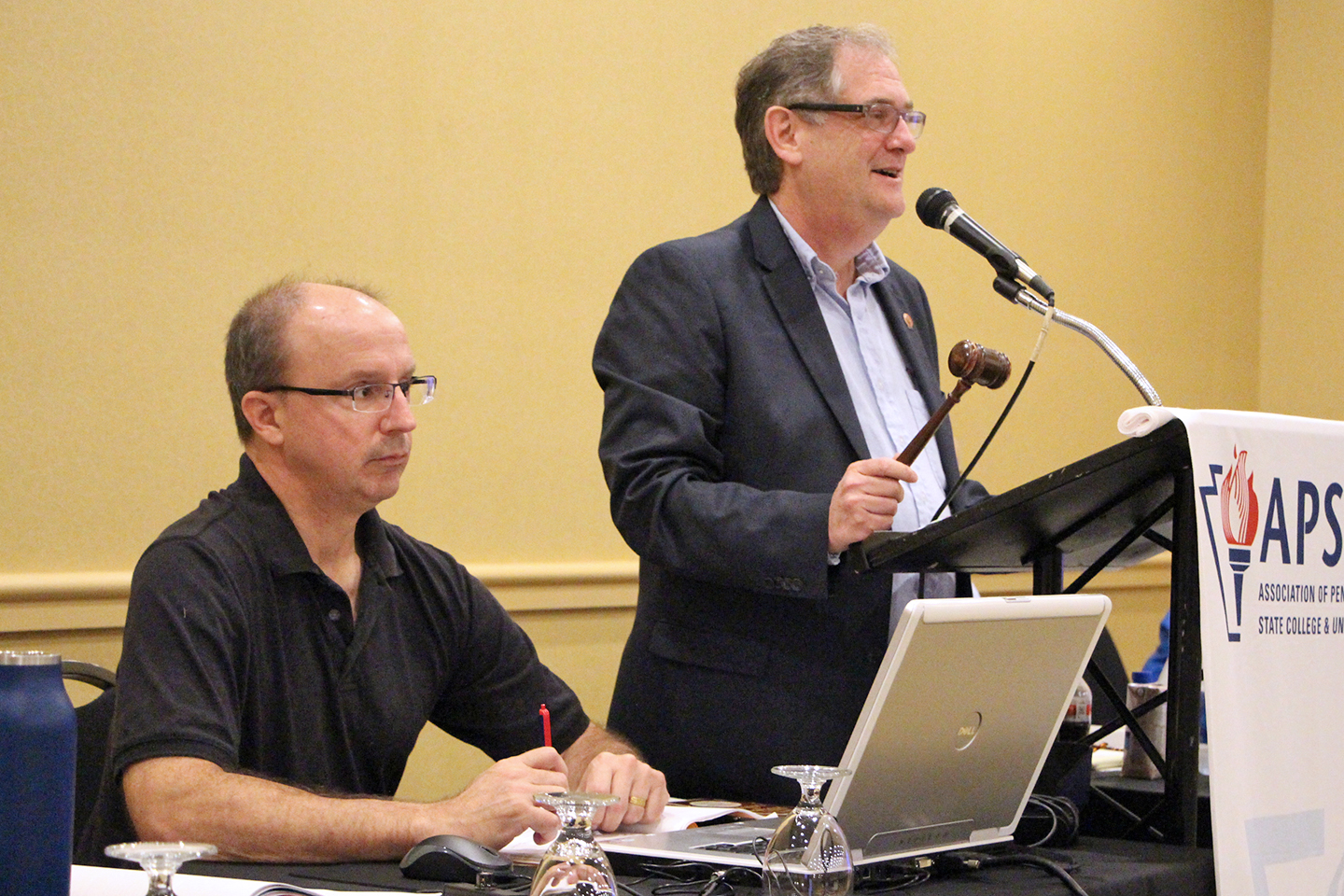 Dr. Tim Madigan, APSCUF’s new State parliamentarian, completed his first legislative assembly at the head table in September. The Mansfield University associate professor shared what being a parliamentarian in APSCUF means to him.

Madigan, a Williamsport native, expressed the importance of higher education. Being a graduate of Bloomsburg University as well as Penn State University allowed for his success, he said. Affordable higher education is an important stepping stone for middle-class students, he added.

Madigan accepted the parliamentarian position to be more involved within APSCUF, which provides professors with support in issues and problems they are facing. He shared that working with the amazing people that make up this union — including President Dr. Kenneth M. Mash, Vice President Dr. Jamie Martin, and all of the members of APSCUF — is important.

“It’s a combined effort of many wonderful people.” Madigan said.

He expressed the significance of supporting unionized organizations and keeping APSCUF strong and effective.

“Corporate conservatives are trying to take control of public higher education without any concern if it will work,” he said. He said he wants to be the person to stand up to preserve and strengthen unions.

For the upcoming year, Madigan wants to focus on membership. He also wants to keep an eye out for the struggling smaller schools, such as Cheyney and Mansfield universities, and for any negative changes on the political landscape.

He said he believes his most important duty in this position is to keep the legislative assembly on track and running smoothly. He will be a part of the rules and bylaws committee, and advise the chair on procedures. He will also ensure the assembly will follow the correct rules.

Madigan said he believes his field of studies will benefit him enormously. He teaches as a sociologist, studied political sociology and social stratification, and has done extensive research on inequality in the U.S.

Mash said he has total confidence in Madigan as the new parliamentarian.

“I think he’ll be great,” Mash said. “He is a very loyal APSCUF member.”

Madigan’s past positions and bright mind will be a great asset to the board, Mash said.

When Madigan is not at work, his loves archery hunting through the mountains and gamelands of Pennsylvania. You can find him fishing for small bass in the Susquehanna River or listening to Irish music on his motorcycle. Madigan has traveled to almost half of China within the last 20 years and loves to explore unfamiliar destinations.