Past APSCUF president was a ‘stabilizing force’

APSCUF is mourning the loss of past President Dr. James Tinsman, who led the organization from 1986 to 1992. He died Jan. 2 at age 89. Click here to read the retired Kutztown University professor’s obituary. 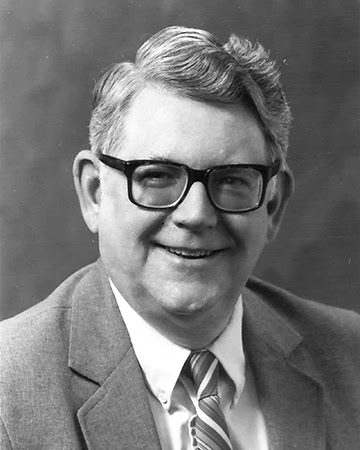 “He was a stabilizing force within the organization,” said Dr. G. Terry Madonna, whose APSCUF presidency preceded Tinsman’s. “He knew what he wanted to accomplish. He reached out to people to accomplish those goals.”

“After he retired from Kutztown U, Jim owned the rambling Used Book Store near campus,” McCloskey said. “One day … I came and saw a dapper fellow in a suit was sitting knee-to-knee with Jim chatting about the old days. It was ‘Fitz’ Dixon (founding chair of the State System Board of Governors) reminiscing with the past APSCUF president. I was impressed by how the two men clearly held each other in high esteem.”

Madonna recalled Tinsman’s qualifications for the job, including leadership at Kutztown and his involvement with the State System during its nascent days.

“The president plays a very vital role in terms of the representation of the organization to the public and particularly to the State System,” Madonna said. “Overall, I thought he handled his presidency with esteem, with a great deal of self-assurance. He wasn’t a person who panicked when there were problems. He was a problem-solver.”

In 2017, Tinsman reflected on his time at APSCUF’s helm.

“The APSCUF presidency was a most rewarding experience,” Tinsman wrote for the organization’s 80th anniversary. “The responsibility to the faculty is awesome, but certain principles stand out. This is a faculty organization, to be run by faculty whether it be budget, grievance, negotiation, or other areas. Professional unionists might be hired to assist, but the ultimate decisions are those of the faculty leadership.”

“Jim Tinsman saved my retirement. As a TIAA member in the early ’80s, the PDE was putting only about 3.5% of our earnings into TIAA, and quite frankly no one seemed that interested in helping out. Jim got to be president and pretty soon the CBA prompted the contribution to go to 9.3%. You can imagine what a difference that made. In general, the contracts negotiated on his watch were excellent in all respects as well. I only met Jim once, when he came to Shippensburg. I walked up to him and thanked him. He was very modest about his work, which is typical of the man that he was. For all he did for so many of us, he merits a well-deserved RIP.” —Bill Bassin, Shippensburg University (1970–2003)

Have a Tinsman memory to add to this post? Email it to qualityeducation@apscuf.org. Please include your name and university.