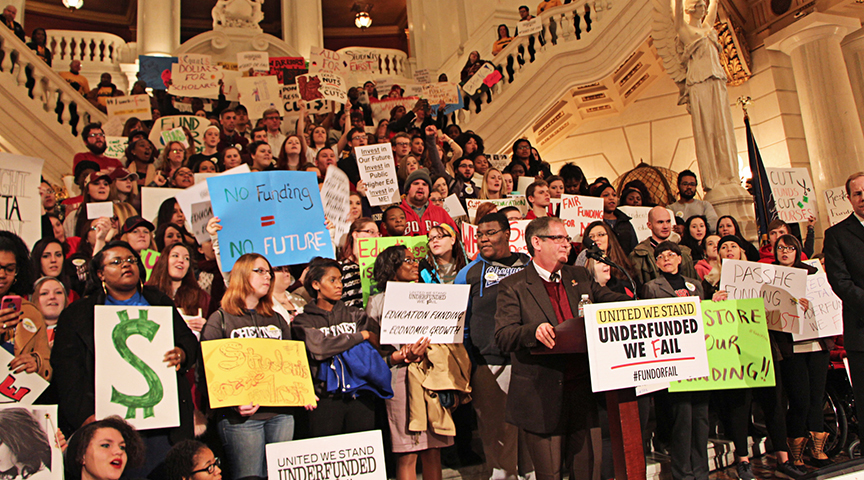 About 500 people filled the Capitol rotunda last week to advocate for fair funding for our 14 state-owned universities. If you weren’t able to attend, you missed a roaring display of unity and activism featuring legislators and State System students, faculty members, and alumni. Students and professional media reported the Feb. 8 event, and we documented the activities, too.

Here’s a roundup of social and traditional media coverage: 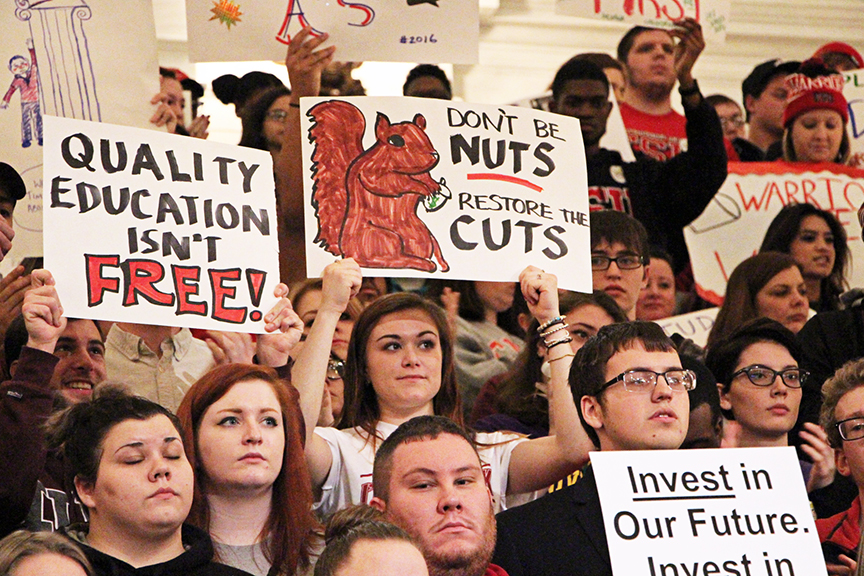 APSCUF started a Snapchat account so we could create this story on rally day. (While you’re thinking about Snapchat, make sure to add APSCUF now so you’re all set for our next event.)

The PA House YouTube channel features Rep. Mike Hanna’s time at the podium and included the rally in its Week in Review.

Harrisburg-area coverage included an edition of ABC27’s FactChecker and an article on PennLive.com.

And here’s a collection of coverage by campus news organizations, APSCUF chapters and faculty members, and local media:

Clarion Rallies For More Funding via The Clarion Call 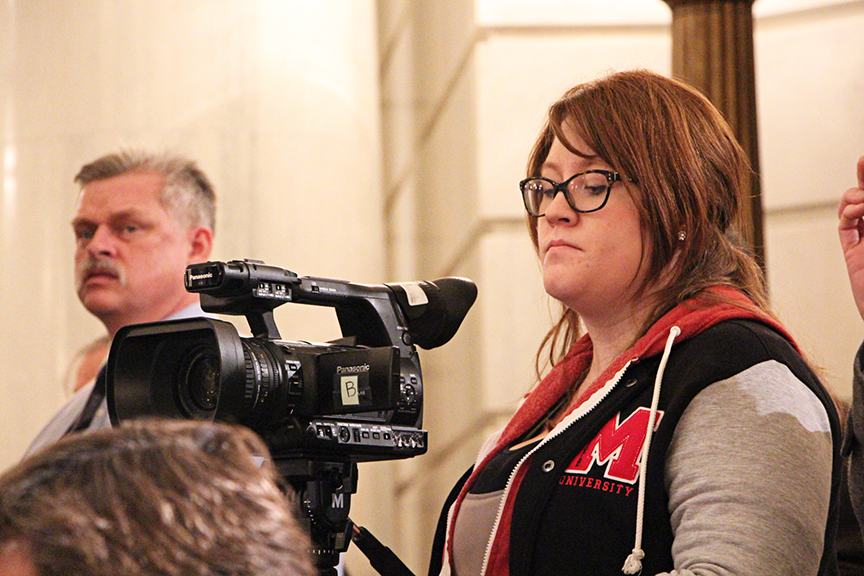 PASSHE students make themselves heard in Harrisburg via The Eagle Eye

Hundreds rally for fair education via Shippensburg University’s The Slate

Commentary: Rally puts pressure on Harrisburg via The Slate

Video: APSCUF rally via The Slate

APSCUF, WCU students to hold rally in state capitol via The Quad

Thank you again to legislators, APSCUF members, and state system students for your participation in and support of the rally.