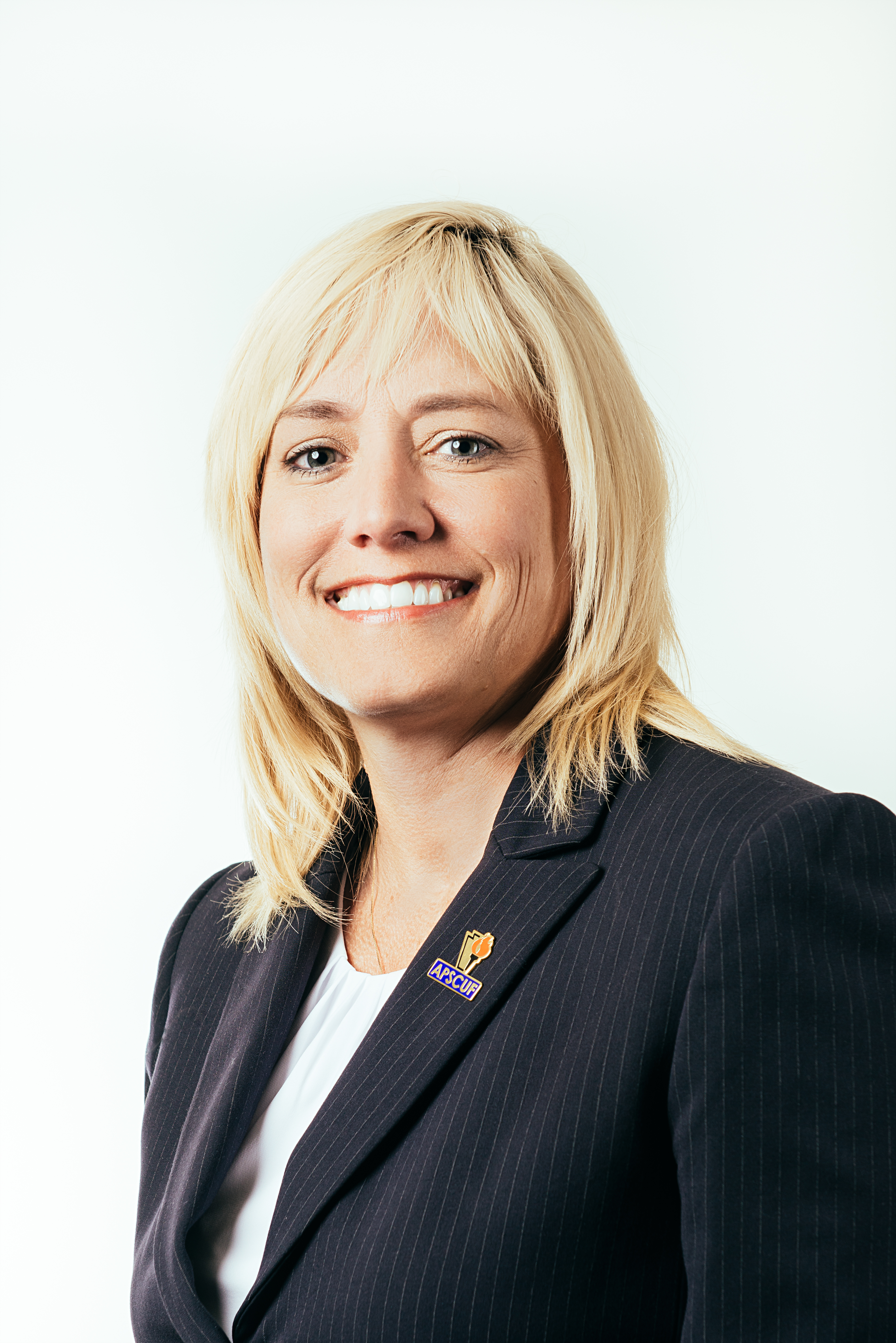 Fighting for the rights of faculty members and the education of students is important to any member of the Executive Council, but their lives do not begin and end with APSCUF. For example, it may be no surprise that Jamie Martin, vice president of APSCUF, teaches criminology at Indiana University of Pennsylvania. You might not expect, however, that she has published a book, that she once worked in juvenile corrections, or that her house is home to three parrots, three dogs, three chameleons, and a snake.

Martin is currently serving a two-year term as vice president after one year as an At-Large member of the EC. She serves as President Kenneth M. Mash’s designee on Statewide Meet & Discuss, and on the Coaches Negotiation Team. She has also been ratified by the Legislative Assembly to serve on the Faculty Negotiations Team.

Her interest in the union side of education did not fully manifest until later in her career.

“After our children were grown, I began to take a more active role in my local chapter of APSCUF,” Martin said. “As I got more involved at the local level, I understood how important the union is, and the importance of insuring the rights of faculty are protected.”

Though she is now heavily involved in the field, her career did not begin in education.

“I was initially drawn to [criminology] because my parents thought it was a bad idea,” Martin joked. “I had a great interest in trying to understand what led individuals to become involved in delinquent and/or criminal behavior. When I completed my undergraduate degree, I worked as a juvenile probation officer, and I also worked in the community mental health field.”

While working in mental health, Martin completed her master’s degree and shifted her sights toward teaching.

That fascination with the causes of criminal behavior led Martin to complete and publish her book, Inside Looking Out: Jailed Fathers’ Perceptions about Separation from Their Children, in 2001. She also cites her father as a great inspiration.

“I discovered that there was quite a bit written about incarcerated mothers, but very, very little about incarcerated fathers,” Martin said. “In reflecting on the important role that my dad had in my life, I grew curious about fathers who were incarcerated, and wondered about the impact of their incarceration on them and their children.”

Currently, Martin is at work on another article regarding incarcerated parents. This time, she’s examining the stress of separation from their children, and how it impacts the institutional adjustment of mothers and fathers.

Her teaching duties for this semester include a doctoral qualitative methods course, and she remains hard at work with APSCUF, negotiating a fair contract for both coaches and faculty and keeping a close eye on union-weakening legislation. She also finds time to work out every day.

Martin ended our interview with a few encouraging words for PASSHE students: