APSCUF president faces challenges old and new, stands with her team ready to take them on

Dr. Jamie Martin began her presidential term June 1, as the Association of Pennsylvania State College and University Faculties faces a public health crisis and looming uncertainties about the state of higher education in the Commonwealth. In her eventful first week, she said she wishes her transition were “a bit more boring.” 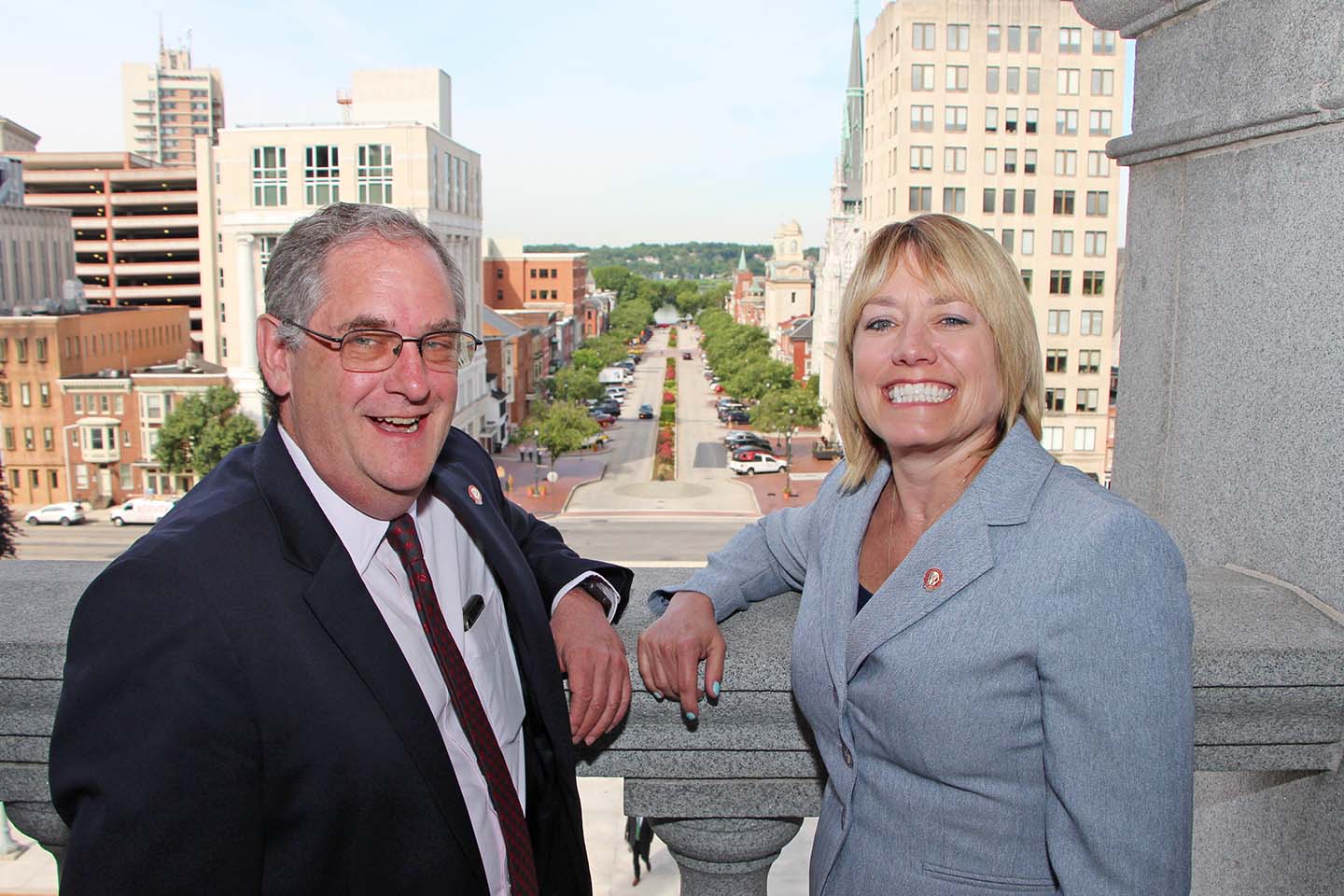 An APSCUF member since her first day as a faculty member at Indiana University of Pennsylvania, Martin has since served in numerous roles in the organization — from grievance chair at IUP to state vice president with immediate-past President Dr. Kenneth M. Mash. In April, delegates voted in Martin as APSCUF’s second elected woman president. Martin said after her election that she has “big shoes to fill” in replacing Mash, but the former president expressed confidence in the future of APSCUF and the new leadership, offering a bit of advice.

“The thing that gives me most faith in the future of our union is the strong tradition of involvement and the great people,” Mash said. “Dr. Martin is a great APSCUF leader. She is talented, wise, and as tough as nails. My advice to her would be to have confidence in her abilities.”

In her years at APSCUF, Martin has fought for fair contracts as part of negotiations teams and for lower costs for students. As a professor, she has heard the testimonies of students who struggle with finances, work multiple jobs, and still are unable to afford necessities such as food and school books.

“One thing I want students to know about APSCUF is that faculty care deeply about them and the education that they are receiving, and when we talk to legislators, we fight for them,” she said.

The biggest issue facing Pennsylvania public higher education in recent years is inadequate funding. Martin stressed the importance of unity during this and other challenges.

“Our nation is dealing with this pandemic and it has impacted all facets of our society, including higher education,” she said. “This of course leads to a lot of uncertainty and questions about the upcoming fall semester.”

Martin said she is motivated by the students, faculty, and colleagues.

“My favorite part of the job is the people,” she said. “It has been such a pleasure to meet colleagues and students at the 14 universities.”

Dr. Jamie Martin graduated from IUP with bachelor’s and master’s degrees and a doctorate in criminology. Her research has focused on qualitative research, corrections, and criminal-justice ethics. She has published articles in the Journal of Criminal Justice Education and American Journal of Criminal Justice, and she has also published a book called “Looking Out: Jailed Fathers’ Perceptions about Separation from Their Children.” Additionally, she won the Center for Teaching Excellence Award in 2004 and the Outstanding Teacher Award in the College of Health and Human Services in 2008.

Outside her career work, she enjoys Civil War history and reading other academic literature. She also loves being outdoors and enjoying a glass of wine. Martin is married to her husband, Randy, with two sons, two grandchildren, a Boxer named Max, and two parrots.